The Vecchioni family originally came from Pisa and was one of the branches of the Counts of Piombino family, as certfied by its aristocratic coat-of-arms, found and registered at the Heraldic Association of Florence. However, as time passed, no one actually used this title. The farm was made up of 1000 hectares, it produced cereals, oil, wine and summer fruits, and it also bred cattle. The woods were divided into 12 plots and every year one was cut down for the wood to be made into charcoal.

The livestock was made up of cows, bred and sold for meat. There were also pigs and sheep that brought in a good income by being made into sausages and salamis, and into wool, mattresses and textiles. The farm had an independent wine cellar, an oil mill, a joinery and a farm blacksmith. Oil, wine and cereals were sold to wholesalers.

Up to 1940, the farm had a staff of 10 office workers and 10 farm workers. Until about 1950, the land was let out to tenant farming but around that time it was taken back to be managed directly. Over the period 1950 – 55, the agricultural reform meant that the farm was considerably downsized bringing it to its current size. Due to changes in politics and markets, the owner, Biagio Vecchioni, decided to change both the kinds of crops and the cattle breeding. In the 1950’s two small lakes were made for irrigation and the cultivation of corn was developed. Later on, services were let out to third parties, cattle breeding disappeared and wine and cereal production diminished. Biagio died in 1971 and his son, Roberto, followed a completely different line and the farm was put into mercenary hands until Roberto’s son, Federico, decided to take over the business and bring ‘Il Cicalino’ back to life. As they say, the rest is history. 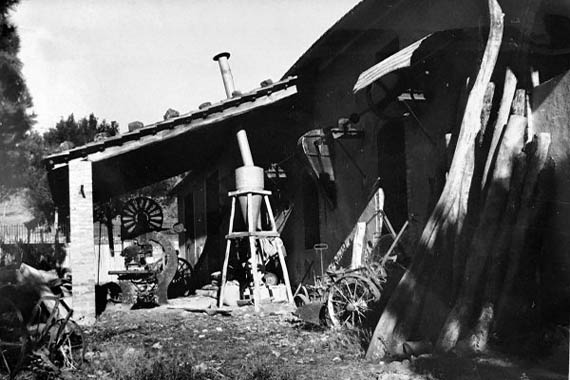 Around the beginning of the 19th century, the family moved to Gerfalco and soon became one of the most distinguished families in the area.

In about 1915, at the time of the First World War, the then head of family, Ezio Vecchioni, together with his younger brother, Ippocrate, decided that the time was right to leave behind pastoral farming and chestnut cultivation and move further down the valley. They bought a house in Massa Marittima (that is still standing in the Borgo district) and two farms, ‘Il Tesorino’ at Follonica and ‘Il Cicalino’ at Massa. 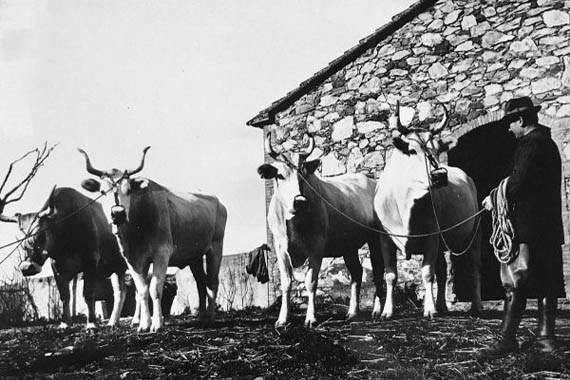 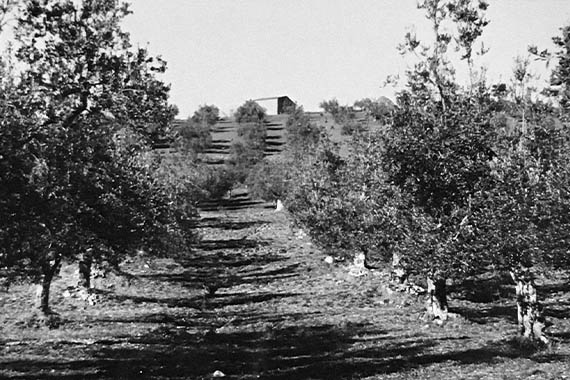 They were managed together until 1925 when, due to family disagreements, Ezio and Ippocrate spilt up, tossing a coin to decide who would have which farm. Thus, Ippocrate found himself with “Il Cicalino” that was set up as his own independent farm in around 1926-27. His son, Biagio, then took over its management when Ippocrate died in 1933.